Do you need to establish paternity? 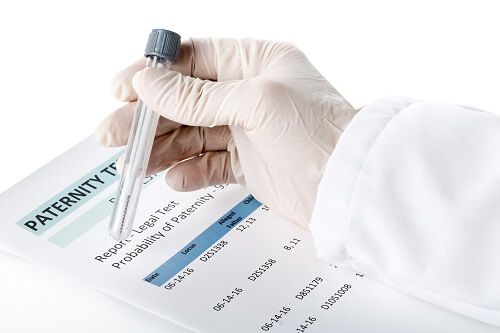 Searching for a lawyer to handle your paternity case in Nassau County? At Jason M. Barbara & Associates, P.C., we can assist you in your paternity matter. You may have a child with someone who you've split from, and you want the father to take responsibility by paying child support, or you may be a father that would like to participate in the child's life and upbringing. In either case, our firm can assist you.

A child born outside of marriage has no legal father, and the biological father will not have responsibilities unless paternity is established. In some cases, the father of the child may dispute that he is the parent, and only DNA testing ordered by the court, will resolve the problem. A mother who has a child may wish to share the parental responsibilities for the child, or needs medical information if a child has a certain condition or illness.

What It Means to Establish Paternity

If you and your child's other parent did not sign an Acknowledgement of Paternity at the hospital, and you are either seeking child support (as the mother) or child custody or visitation (as the father), you will need to file a petition with the family court seeking an order of filiation.

What if the child is born out of wedlock? Does the biological father have the same rights to his child as a married father? Unfortunately, no, until paternity is established the alleged biological father has no right to custody and visitation of his child, nor is he obligated to pay child support.

More About "Order of Filiation"

If there is question over who a child's biological father is, or if a man does not believe that he is a child's father, then the mother or the presumed father may petition the court to establish paternity by seeking an "order of filiation."

A father could be interested in participating in a child's life, even if the relationship with the mother has ended, or was of a short duration. Establishing paternity allows the biological father to gain parental rights, as well as have his name placed upon the child's birth certificate, and to seek court ordered custody or visitation, as well as to have his voice heard should the mother want to put the child up for adoption.

When an unmarried couple was in love and together, signing the Acknowledgement of Paternity may have not been their top priority because they planned on raising their child together, but when such couples split, establishing paternity for child support and child custody reasons becomes a priority. In New York paternity cases, often the child's mother is motivated to establish paternity for the purposes of child support, while the presumed father is motivated because he wants to ensure that he has rights to child custody and visitation.

In New York, there are two methods of establishing paternity. One is to sign a form called "Acknowledgement of Paternity." The other is to file a petition with the court to request that paternity is proven through DNA testing, which is a simple, painless test where a cotton swab, resembling a Q-tip is gently swiped inside the cheek to collect a sample of DNA-rich saliva. In DNA testing for paternity, the baby, the mother and the father all are tested.

Whether you are a mother seeking child support or a father seeking custody or visitation rights of your child, we encourage you to contact a Nassau County family law attorney from Jason M. Barbara & Associates, P.C. We can explain the court process and what to expect in regards to your rights and responsibilities as well as that of the other parent.

We gladly offer free consultations so you have everything to gain by speaking with us. Call now at (516) 406-8381.

Get Started by Scheduling Your Initial Consultation
Contact Us